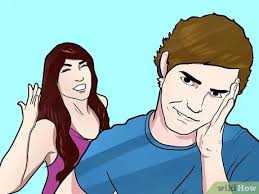 I’ve been married for two years; we dated for three beforehand. It took me a LONG time to figure out — and gosh, it’s so obvious! — that men’s brains are completely different from women’s. Here’s a few examples, and note: I’m not trying to generalize. I speak from experience.
Posted by Uzoechina Francis at 16:56 No comments:

8 Big Mistakes Women Make With Men That Push Men Away

1. Trying To Settle Down Too Early:

There's this temptation to start planning for marriage in your mind when you meet you meet a good man, finally. Be warned! Such a move can scare the man away because he is most likely to see you as to too desperate and that your sole aim is to trap him into marriage.

2. Comparing Him To Other Men —

It's hard to resist the temptation of desiring that he treats you like Mr A or Mr B treats his woman that start wondering why you your man doesn't measure to the way the other does. Please understand that every person is unique in his or her own ways and appreciate him for whom he is.

Wanting him to be like that other man  is a quick way to kill off whatever you guys and to push him away.

3. Not Giving Him Enough Space —

Believe it or not the fact remains that men love their space. Anything other than that, makes them feel like they are being held in captivity

Once in a while he may want  to hangout with friends or even be alone by  himself. Don't fail to give him, his needed space or make a habit to invade his privacy by reading him texts and monitoring him with spywares because you push him by doing so

4. Faking, Just To Get Him And Then Showing Your  Real Self - 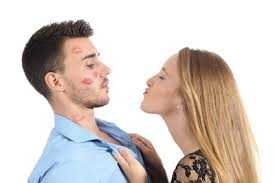 Many women tend to speak softly , easily complements men over any little thing. They dress sexy and carry themselves elegantly when they are dating but the story changes as soon as they get married to the man, she becomes a quarrelsome fellow, fights over very small issues.

They become so controlling that virtually everything  must be done  according to their terms else they won't be peace.Their once adorable behavior of speaking in soft tones and having shy smiles is replaced by frowns and shrill tones.

Yes dear, change that hair when it's old. If you have no money for the salon, keep it nice in its natural state.

6. Refusal to move on — it's well known that women don't forget wrongs done to them very easily. However , it's not also advisable to dwell on an issue that you have already addressed with your man.

7. Having a condescending attitude towards their man —

There's nothing in this world  that puts a man than when you make feel little by talking him in disrespectful  way publicly even if you're are more educated than him and you bear most bills in the house.

8. Baseless suspicion — this is when you assume that your man is doing wrong or even cheating based on your own personal insecurities. Not all men cheat. What you are supposed to do is to let him be and enjoy your marriage.

Posted by Uzoechina Francis at 06:46 No comments:

Six things which makes a man fall out of love

1.Mind games : Men hate mind games and unnecessary emotional drama. We deal with too many manipulative situations in real world. We don’t want the same from our lovers. Some times tantrums and a bit girly behavior is cute, but all the times, it kinda suck. Girls use various tactics to keep men at their feet by employing the following tactics

Disallowing physical love or withholding sex as a soft (cruel) punishment. I have heard a female friend of mine confessing to me that ‘to teach him a lesson’, I will be nice to him,fulfill his every desire but with hold sex or physical touch!

b. The silent treatment which is nothing but a combination of emotional  and psychological toture.

c. Stressing the man out by taking time that longer than necessary for every thing like a date or accepting your proposals by creating a false time lag, which is often done get more power in the relationship.

d. Purposely not initiating everything  the relationship including  little things like text messages, calls etc under the pretense of being different or just weird

e. Being playful or flirty with other males on purpose so as to make their man appreciate them more.

f. Starting unnecessary quarrel over minor issues like, why did he waved at another girl or something like that and using such a situation to gain control over the man

g. The mistake of addressing her male as ‘just a good friend’ and the man's female friends as ‘that bitch’!

2 .Not been open with expression of love and expecting the man to understand your body language and the romantic vibes she may be sending out. Men are dry lovers but becomes very expressive of their love once they fall in love. Shyness is okay but you have to open up. Men are not masters in decoding body language and subtle clues. We need love and we want you to say it openly.

3. Flakiness : One thing that I am yet to understand  is the why Women often seem to derive some koy in being  to dates and appointments. However you have them keeping to time when they are on a professional assignment. This may seem a trivial issue but takes a toll on relationships in long run.

4. Argumentative over petty issues : Men are not like women.We do not internalize every line said by every one. Women in particular get very touchy, specially with their love interest and starts to dissect each and every word, every gesture and everything else combined! In the process they tend to become too bossy and dominating. This goes against natural instincts of men. Be cool and do not always nag over unimportant issues. Love must be freedom and not a rope around your neck.

5. Too much show off : Men hate unnecessary show off and that Aww… over everything. We are not that fake and pretending (and can’t be). Our best friend is always BC to us and not sweetieee,cutieee and bestieee! We do not always like too much show off specially on social media. Love is a private affair for most of us.

6. Control Freak: Make no mistake, no man will be happy in a relationship where the partner is a control freak. Giving him advice is good once in a  while but when it becomes a regular occurrence and most importantly when it goes with famous "can't you do it for me". Men want only love and no no baggage along with it. Its good that you think about us and gently remind us to change ourselves and we do comply, but not all the time baby.

Posted by Uzoechina Francis at 10:03 No comments:

Facts About Men - 6 Ways Men Are Different From Women

1. SUCCESS - Both men and women want it all. The difference being that women want a balance in life and is most likely to reject a job offer that doesn't offer that. Men on their part want status and status symbols like houses, cars etc.

2. Emotion - Both men and women feel love but they express it differently. A woman easily talks and shares about her feelings of love, hate and anger but for a man, it's a different story. He rarely talks about it the way a woman does, as a result of the societal standard that expect a man to be "strong".

3. Conflicts - They react and manage conflicts differently. A bad day for a woman is most likely going to end in tears and she relapses in the mode of apportioning blames to who did this and that.

A man is most likely to into some outburst after which you will get him shutting out the situation. You may even find him removing himself from the scene.

4. Friendship - A man is likely to have fewer friends when compared to women. Unlike the women, they don't often complain about their personal lives when they hang out with their friends. Instead you find them doing stuffs like drinking, playing golf and other games .

5. Tasking - women are naturally good at multi- tasking unlike men that are rather laser-focused in nature, most often taken one after another

Posted by Uzoechina Francis at 11:02 No comments:

1. Femininity - I understand that you need to  to survive in the modern jungle of our society. However being overly too "strong" will hamper your chances of attracting the attention of the male folks.

This is not the issue of birds of same same feathers flocking, rather it's an attraction between opposites. Men are generally made to be stoic and strong, a soft effeminate woman who knows her swag will always get heads turning towards her because of her feminine appeal.

2. Ability To Trigger The Hero Instinct In A Man - always making men around you feel like a "hero" will win them over. You can achieve this by simply appreciating little things that he did for you and calling him sweet names that make his head swell.

3. A Sense Of Humor - no body wants to be around someone who is always serious whether it's a man or a woman. A sense of humor and the ability to make a man lighten up from his day-to-day work and  laugh is good

4. Confidence - contrary to the idea that the pushes, men prefers confident women to docile women.

5. Be Adventure Ready - don't be someone who always stuck to her shell. Rather be eager and ready to spice up life by trying out new things and have fun.

7. Be Caring - it's true that you are not his mother but you must tell understand being "caring" is one of the natural instinct of a woman.

You can achieve this by showing genuine concerns about his his affairs and by simply playing a sisterly role to him.

8. Be Playful And Have Fun  - no body loves being around someone  who is always serious, just I'd stated above.

9. Being a good listener - don't be tempted to always to have things centered only around you.

10. Be Intelligent - talking because of the sake of talking is push men away from you instead you should talk aynd present your logic intelligently

Posted by Uzoechina Francis at 07:29 No comments:

It's a known fact that very little or absolutely no information exist on what men want in a relationship and how to understand the male folks.
Which has given rise to many assumptions and other wrong ideas about men among the women folks that they tend to see the males as a mistake in creation.
Consequentlynsequently, many of enter into relationship wrongly and with a wrong idea of men.
The resultant is claring when you look at the ra of divorce and break-up
So what do men really want in a woman?
You may be surprised if I tell you that whatmen are very simple, too simple that they are often neglected.
Here are :
1.Feminine Lady
2. Ability to trigger the hero instinct in their man
3. Sense of humor and cheerfulness
4. Self confidence
5. Open to adventures
6. Wearing a smile
7. Being Caring
8. Being playful
9.Having a listening ear
10. Intelligence and smartness
NB: Watch for part 2 in 48 hours where I shall provide details about the above mentioned
Posted by Uzoechina Francis at 17:06 No comments:

It's quite surprising to discover that quite a majority of women don't really know about men as a result of which they make the mistake of either seeing the as a genetically malfunction and consequently make effort to change him to suit her sissy fancy which is nothing but an invitation to hearth break and disaster.
Posted by Uzoechina Francis at 04:20 No comments: